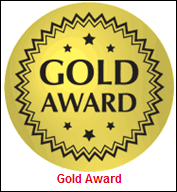 This site provides once daily morning observations visually, from an automatic weather station (AWS) and some manual instruments. Data is available from 17/1/2018 and earlier data will be added at a later time. Daily rainfall is recorded once daily using a Nylex 250mm plastic rain gauge from 1/1/1987. This is read once daily at 9 am or earlier/later if not possible. A low accuracy automatic rain gauge is used to report a corrected 24 hrs to 9am total if absent at 9 am when rainfall occurs after the morning observation. Prior to 2009 daily readings were made during the early morning. This gauge is 1.5 m above ground next to a garden bed restricted by plants and trees in 60% of surrounding directions (standard exposure in 37% of directions - NW to SW). Since 2009 with low accuracy stations the temperature and humidity has been measured under the eaves of a building underexposed to avoid sunlight induced errors with elevated overnight temperatures as a consequence. Min air temperatures is provided by a electronic sensor and then a liquid in glass thermometer from 2012 in the middle of grass. This has 25% of surrounding directions with a sheltered or very sheltered exposure and the remainder with a standard or open exposure. Min and max temperatures are over the previous 24 hrs measured since 9am the previous day (the AWS record is used for an additional observation if this occurs after the morning observation). Min grass temperature has been measured since 2012 with a liquid in glass thermometer over grass overnight. The exposure of this has 95% of directions sheltered or very sheltered (20% very sheltered) and the remainder is a standard exposure. A low accuracy anemometer mounted at eaves height (below roof level) provides wind direction and speed. The low accuracy sensors were replaced by a Davis Vantage Pro 2 on 4/10/2018 in the middle of lawn and the wind sensor at roof level. For automatic observations see site: Ferny Grove AWS.

What happens when you report a site?